We went to Shirely Island yesterday to scope out the spatial distribution of an algae (moss?) called Prasiola crispa. It’s basically a terrestrial sea lettuce that blooms in the snow melt containing penguin poo. Yum.

Before heading out, we were concerned that there wouldn’t be much around, it would be hard to find (it was bucketing down snow), and that our sampling would affect the communities there. We were delighted too discover the penguins literally frolicking in the stuff (see P. crispa coated bellies). It was present around all the rocks / melt streams / cracks near the penguins. 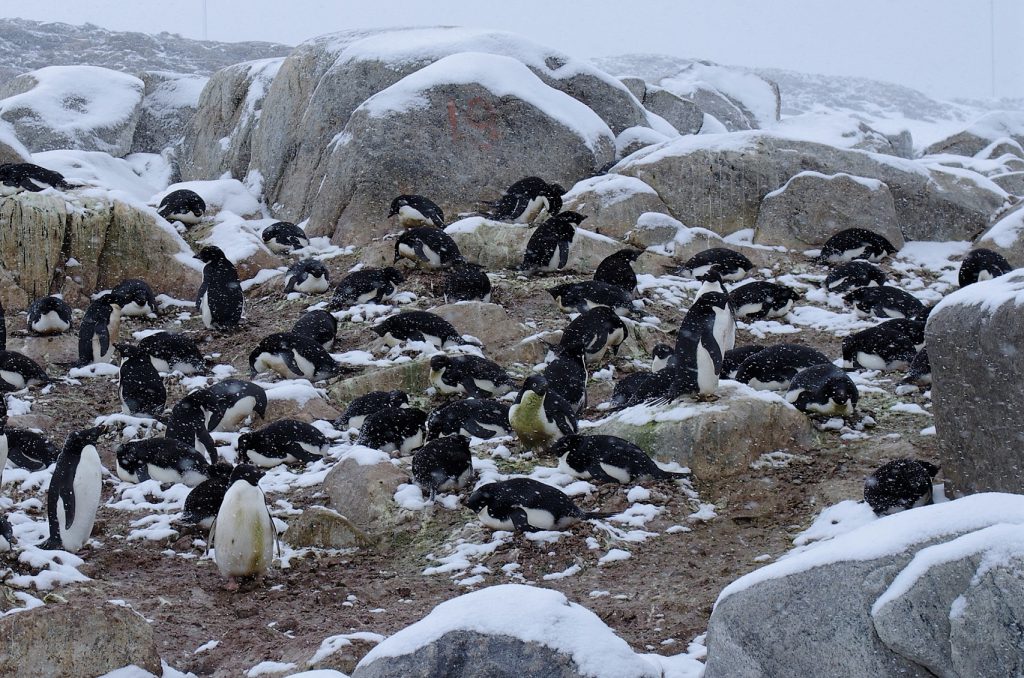 So we got to sampling and collected enough for a bit of a scoping experiment back in the lab – we basically want to know whether or not we can store it in the lab, expose it to metals, see any effects, handle it, etc, before we collect enough for a bigger experiment (when our special shooty laser instrument ‘PAM’ arrives at the end of December).

The penguins up here are currently roosting. That is, they lay on their eggs and rotate them every now and then while their partner steals stones from another penguins nest (ignoring the ground, covered with them), or goes out to feed. Now Adelie Penguins aren’t the most clever of birds and are easily tricked into getting off their eggs by large brown Skuas. 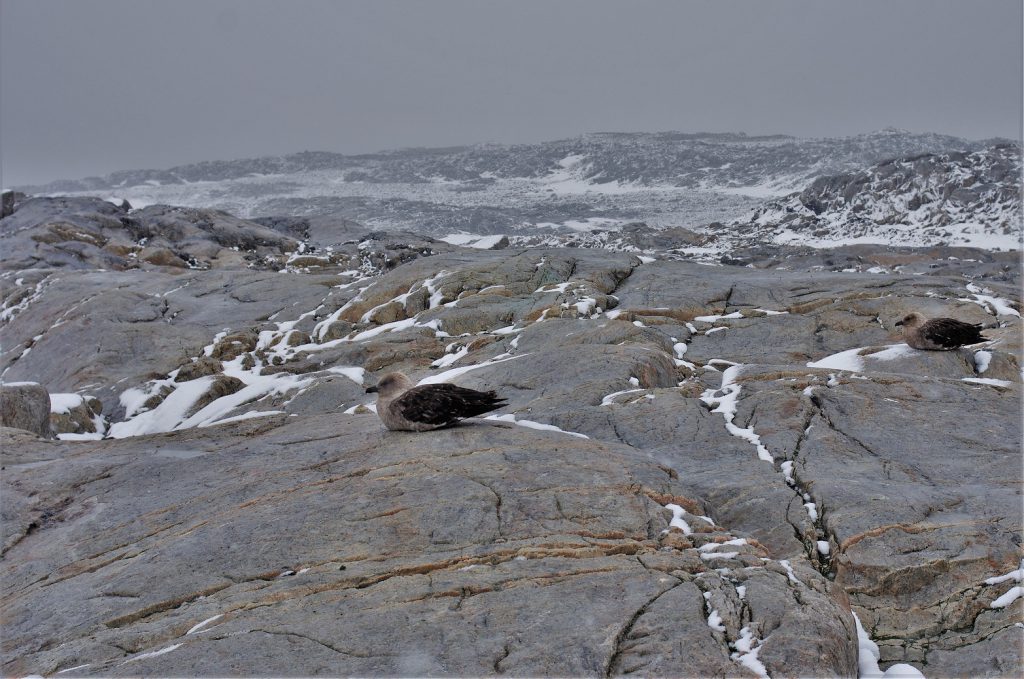 Skuas will land in front of a nesting penguin, squark a bit and freak out the penguin enough for it to jump up to try and chase it away. This leaves the egg vulnerable and the skuas have a beak well developed to picking it up and flying away 🙁 Sadly we came across quite a few eaten eggs. Circle of life be damned skuas are mean. 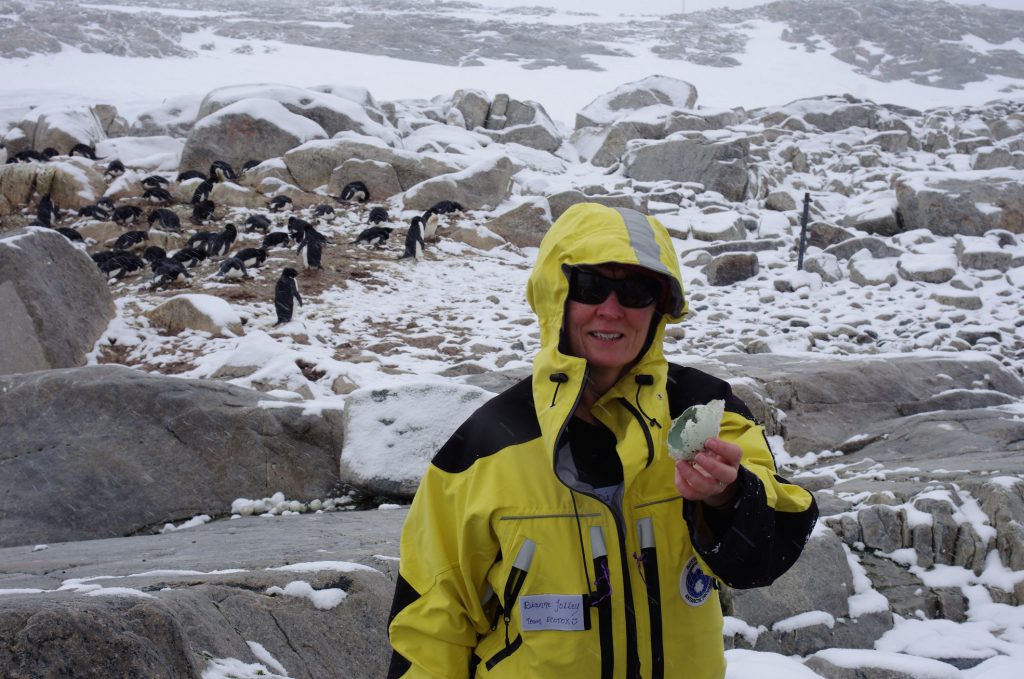 That relationship isn’t going anywhere…
Let there be science!
←
→