Christmas is an odd time at Casey Station. With resupply / refuelling always in late December (timed to the wharf clearing of sea ice), Christmas and New Year’s gets postponed to the day after resupply finishes. Restocked, refuelled, ready for another year, the station celebrates the end of a particularly busy period. Practically speaking, though, it means there’s suitable food to put on a station banquet. 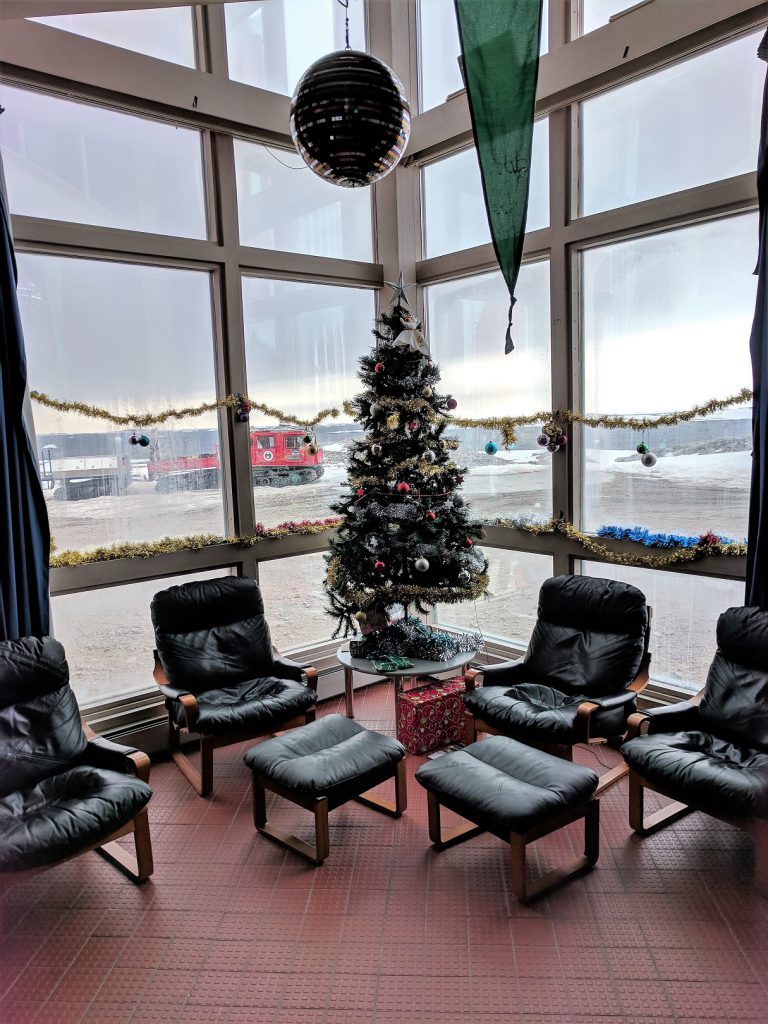 This year, resupply was delayed because of bad weather – the Aurora went out to sea for a few days to dodge some nasty wind. As a result, we had a fake real Christmas on Christmas Day. Some operations were still running but planes, boats, and helos couldn’t operate because of the wind. So most people got a quiet day to kick back and soak up some Christmas cheer. We had a craft sesh to make snowflakes for the kitchen, a there was a PJs movie session (Love Actually), Christmas Carols, mulled wine, eggnog, and a cheese platter with the last of the station’s cheese (word is we ran out a while back, this cheese was what was brought down for the VIPs earlier in December). 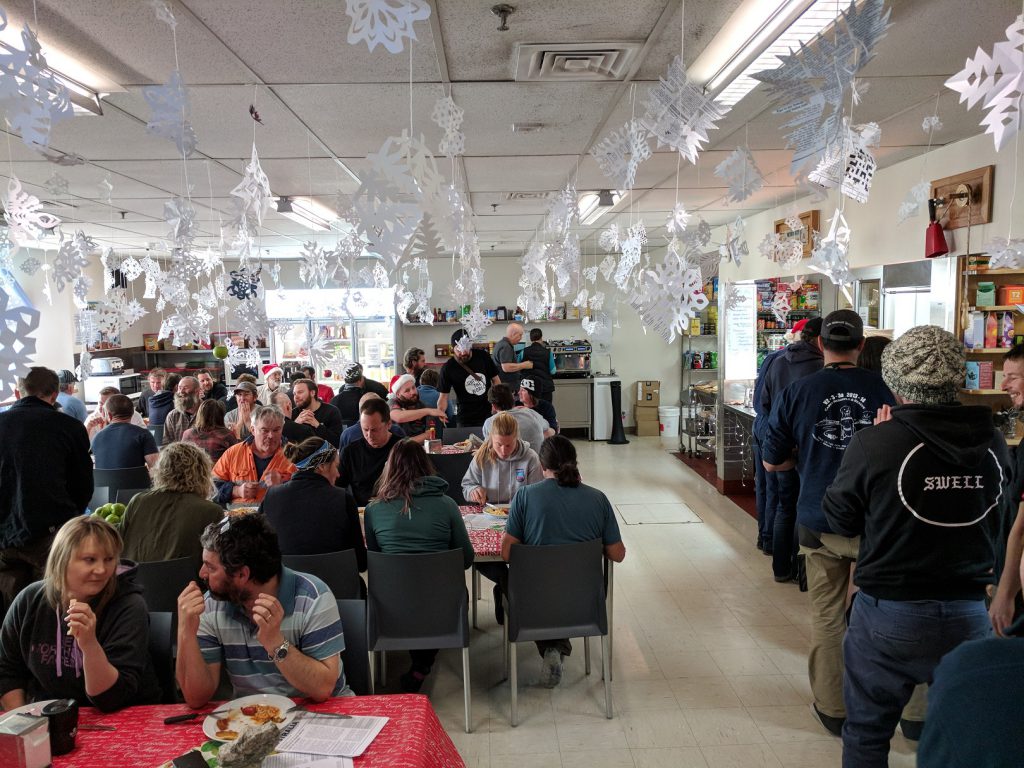 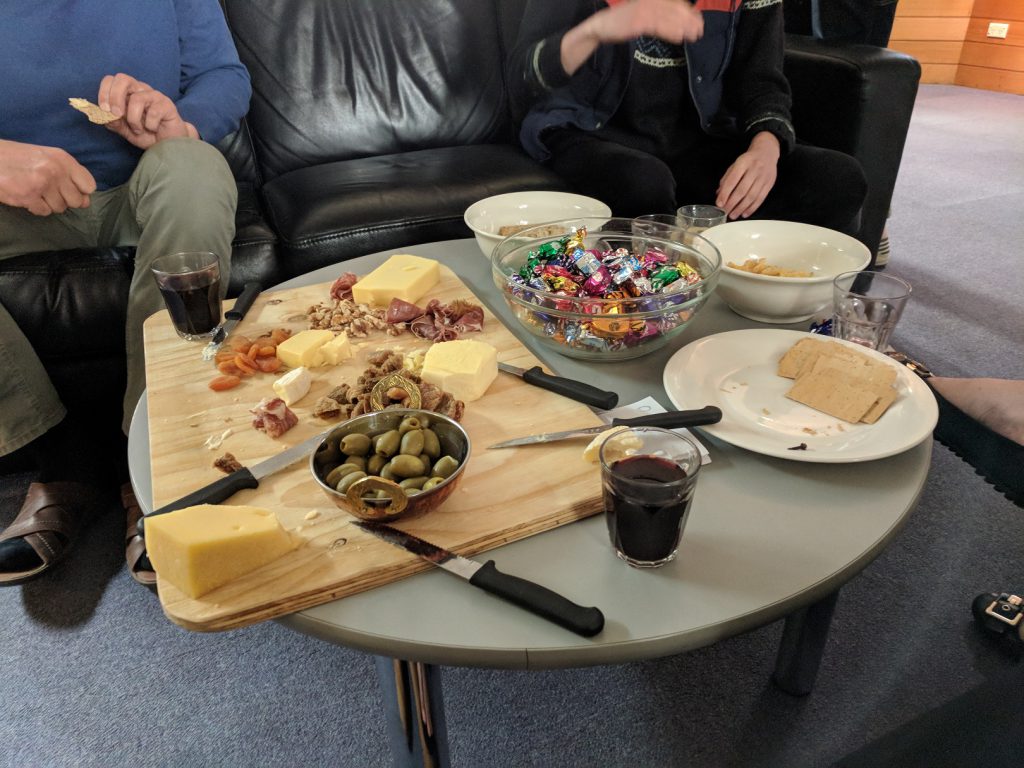 The wind that came through on Christmas knocked the last bit of ice away from the wharf, so cargo resupply commenced on Boxing Day (we collected soils at Wilkes station by helicopter, but more on that later). One of the first containers to come off the boat had peoples Unaccompanied Personal Effects (UPE) – this is the cargo allotment for expeditioners for alcohol and living stuff, which we have to get to Hobart in November to be packed in time. I got my care package / Christmas present (thanks fam!) and some random clothes / stuff I packed (not really knowing what I would need). Being so isolated, any mail / packages are quite exciting. Moreso when they contain ~2kg of chocolate to supplement the station chocolate ration. 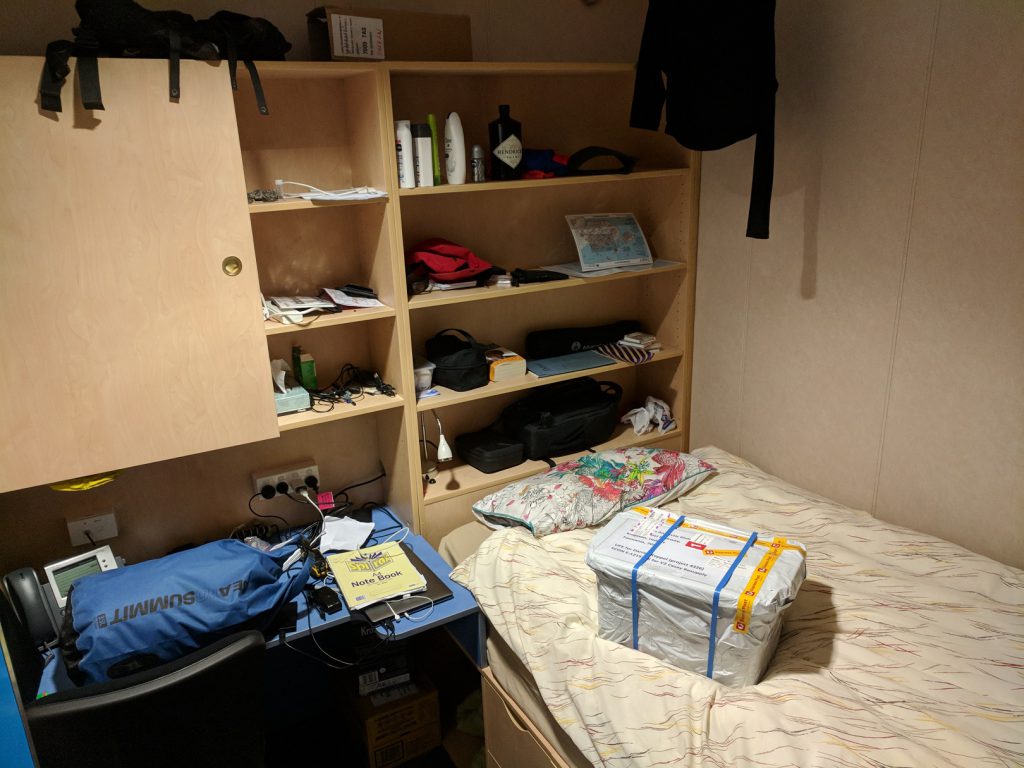 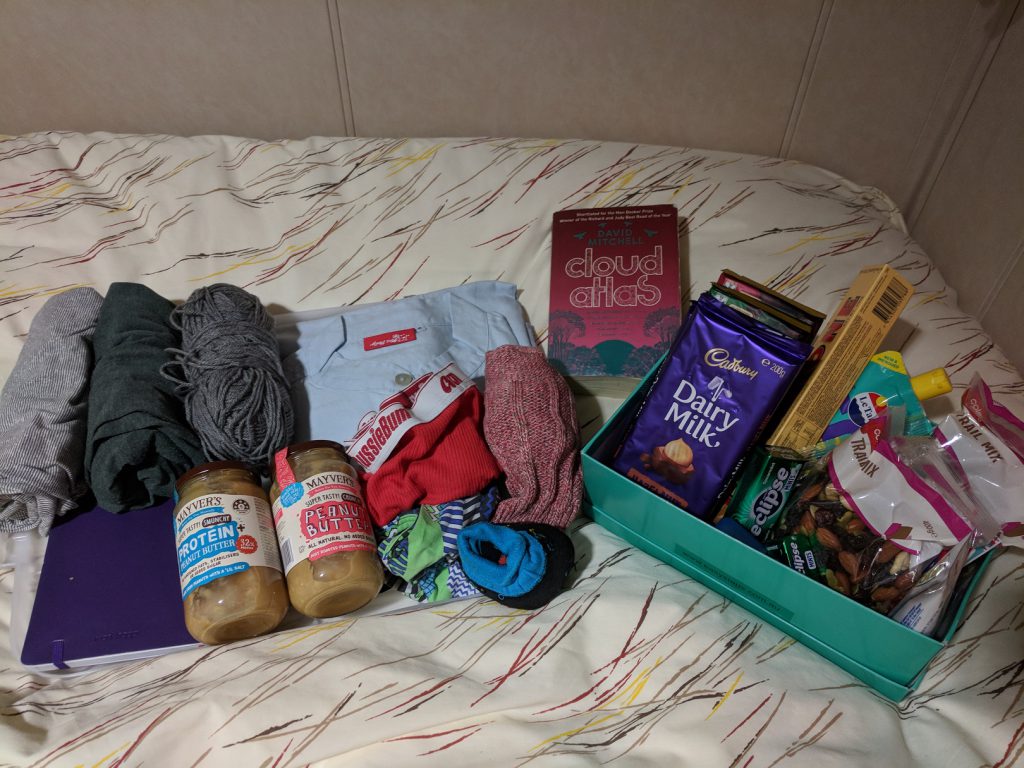 Looks like real fake Christmas might fall ~2 Jan if refuelling / resupply goes well. We’ll need the break by then! 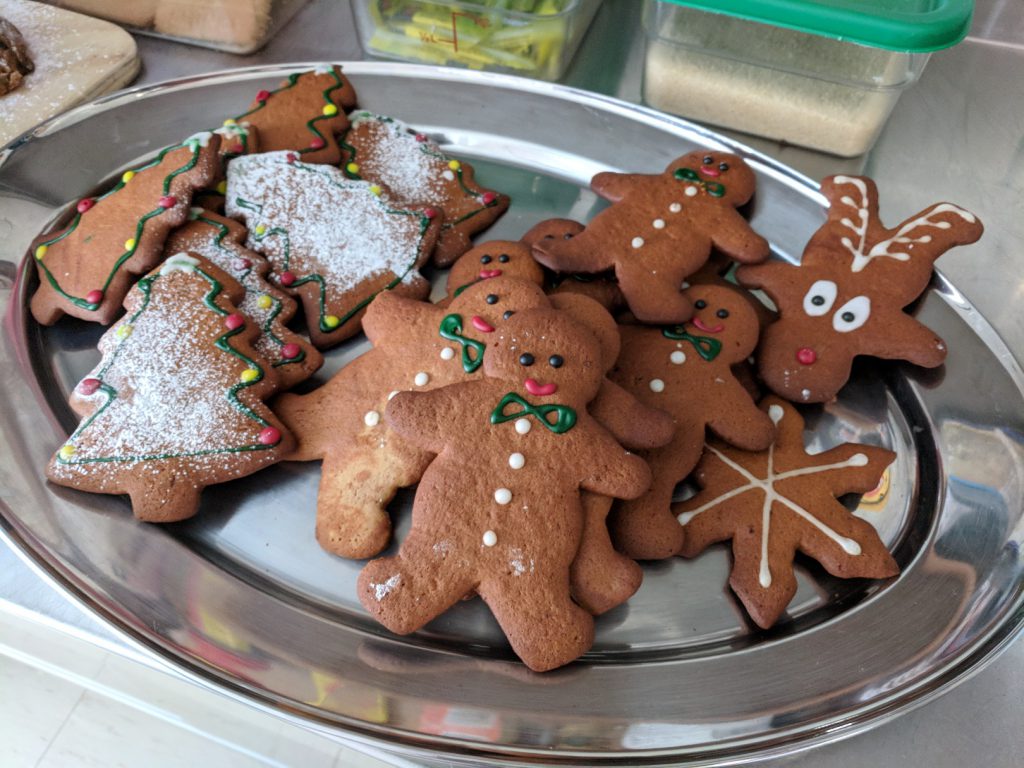 She’ll be coming around the mountain when she comes….
Who says penguins can’t fly
←
→