Sorry for the break in posts – I thought I’d make it up to you with a post exclusively about penguins.

We only get Adelie penguins around Casey station (but, like, 1 000,000,000 of them). I’m often shocked that we don’t see more skuas (those big brown birds that steal penguin eggs…..and babies) or leopard seals. Frankly, these little guys are the chicken nuggets of the area. 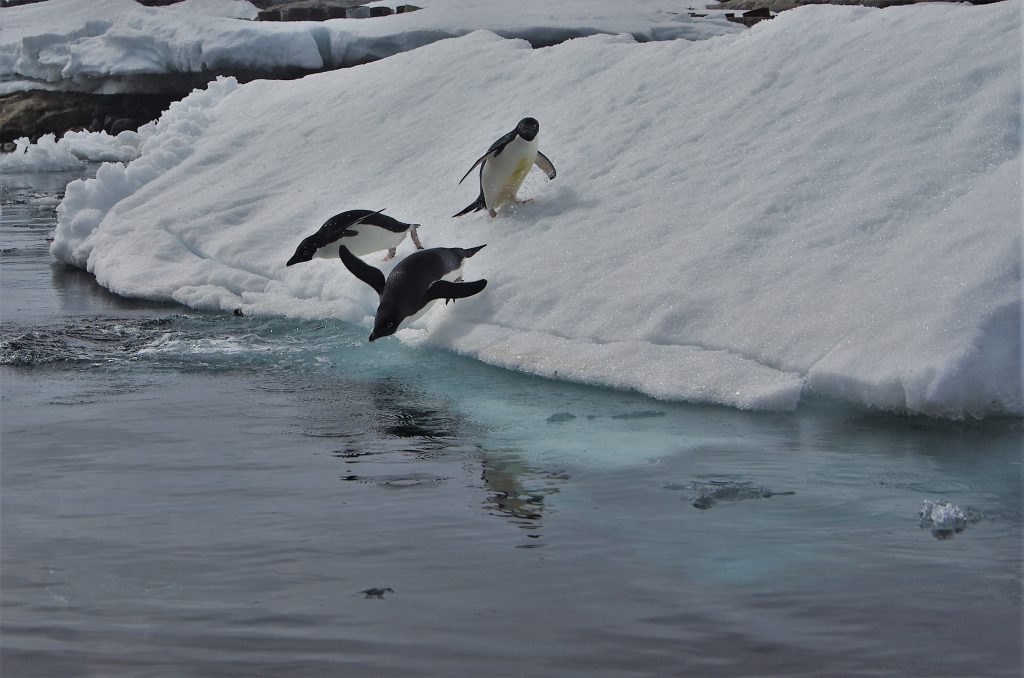 Anyway, Davis station is next to the Emperor Penguin colony (who breed on the sea ice? Don’t quote me), and the subantarctic Macquarie Island is the place to go to see every other kind of penguin imaginable, all in the one spot. This one time here at Casey, though, I’m pretty sure I saw an Emperor Penguin (which are known to come visit on occasion).

The Adelies are not all that big (for Antarctica penguins) but still pretty chunky compared to the Fairy (Little?) Penguins you might spot in Australia. They’re absolute characters. I think they’re a cross between a puppy and a toddler – they even share some of their mannerisms. 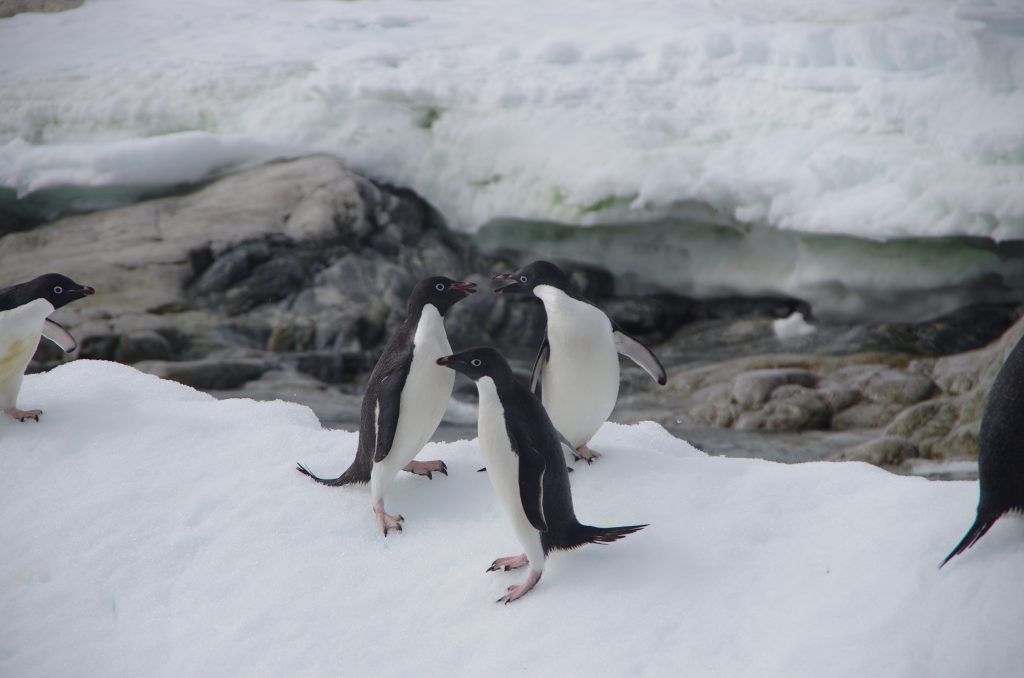 They bicker with each other 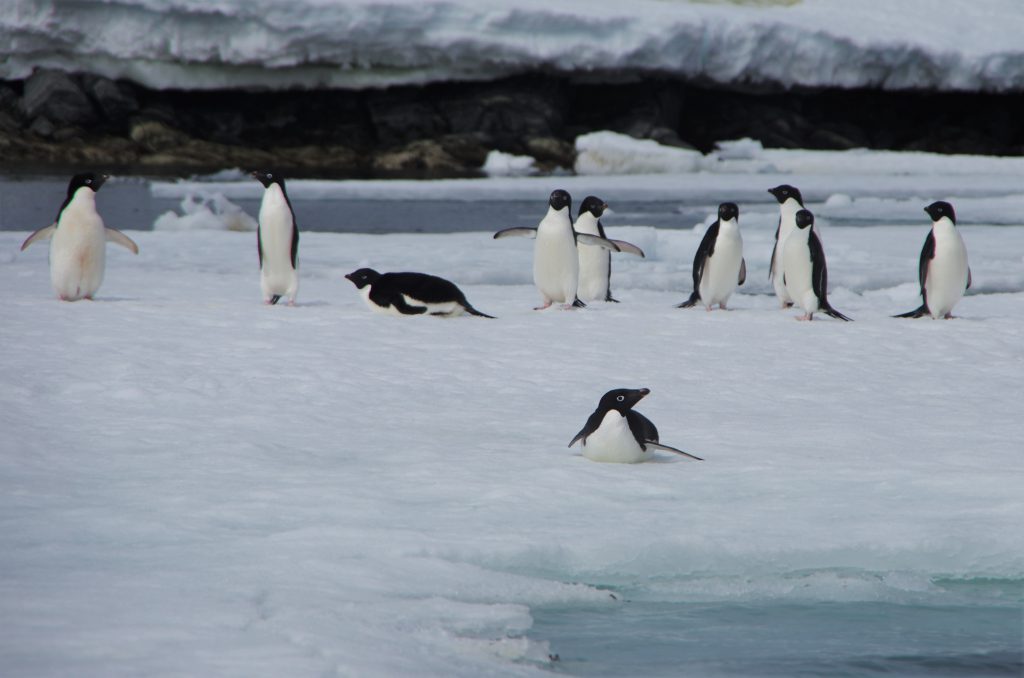 And they have no regard for their safety or other people

In fact, today we were sampling and a penguin dolphin jump into our boat. The poor little bugger realised its mistake, immediately regretted its decision, and tried to jump out. Unfortunately the inflatable sides of the boat were a little too high for it so it (hilariously) just slid back down again, and again, and again. I ended up cupping my hands under it and helping it on its way…. it quickly resurfaced on the iceberg it came from and gave us a honk of appreciation (I think). We were all so incapacitated with shock (at first) and laughter (soon after) that we didn’t get a photo…

In fairness to the Adelies, they’re absolutely remarkable swimmers under the water. I cannot believe how they can get enough speed to repeatedly launch themselves up to swim like a dolphin. And with a flick of their unassuming flappers they can turn on the propulsion and fly away (I finally got around to dropping my gopro under the water).

These little nuggets bring such happiness to us on station